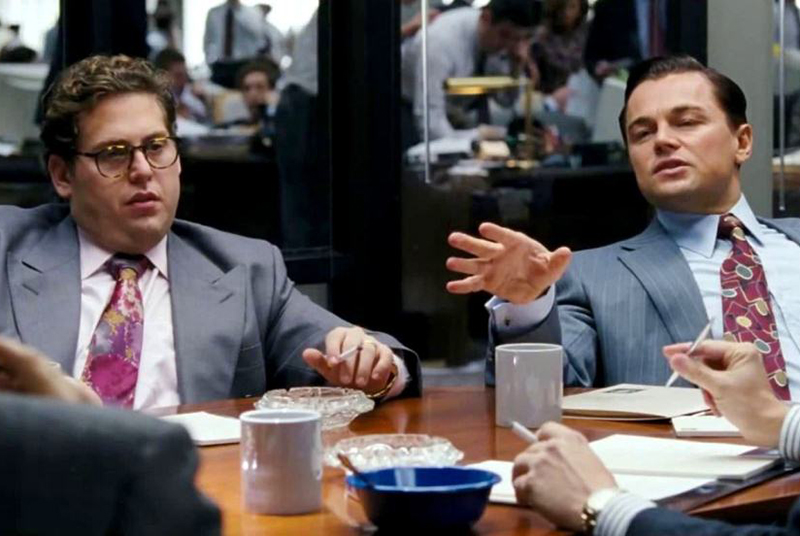 Meetings give us a glimpse into characters and their motivations.

Meetings are not just part of our daily routines. They’re also sprinkled throughout many movies. Furthermore, they help you get to know characters through a few simple shots. Whether it’s in an office, a boardroom, or a secret room in Rome, some movie meeting scenes are truly classic.

Here are some famous movie meeting scenes, broken down.

This scene opens with a killer opening line by John Tuld — “Be first, be smarter, or cheat.” This sets the tone for the rest of the meeting. Tight cuts between Tuld and Sam Rogers create heavy tension, which mirrors the problematic deal that is being discussed.

Sandy Lyle claims that he is an actor and fills in for his best friend Reuben Feffer. As Lyle pretends to be a risk analyst, hopeful music drums up in the background. Lyle’s pitch sounds more like a motivational speech. But the others stare on in awe and aghast.

The iconic series has its fair share of conference scenes. But this meeting is interrupted by none other than Darth Vader. In response to someone’s doubt about the Force, Vader delivers his memorable line: “I find your lack of faith disturbing.”

Baldwin’s Blake unleashes a torrent of verbal abuse towards four real estate salesmen that he has been tasked with to motivate. His large presence is enhanced by the lack of background music, and his harsh words underscored only by the thunderstorm outside.

This scene shows the cultural differences in meetings. American Jordan Belfort cuts straight to the chase. On the other hand, the Swissman wants to engage in small talk. Each person’s intimate thoughts are also conveyed to the reader through different shots. A scene like this shows us the many layers of any meeting.

Marlon Brando’s stunning performance as Vito Corleone stands out in this iconic meeting scene. Corleone sits and negotiates, despite staring his son’s murderer in the face. This scene sets up Corleone’s character. Additionally, it establishes the dynamic between everyone in the room.

What makes this scene so good is the simple way that the United States’ housing market crash is explained. By weaving different metaphors — Jenga, a burning house — technical terms are broken down into digestible parts. The visual of Jenga blocks tumbling down foreshadows the future financial crisis.

Though Professor Legasov tries to convince everyone of the effects of the disaster, not everyone at the meeting is swayed. This scene nicely paints the tension following the disaster at the Chernobyl nuclear power plant in 1986. It also teaches us how wide the consequences of the disaster were.

Classic British spy James Bond sneaks into a secret meeting in Rome. As discussions continue, wide shots and yellow light add to the air of mystery. But the meeting is cut short by a rude surprise.

After obtaining the Enigma machine, which was used by the Nazis to send messages, Alan Turing and his new team are tasked with decoding it. But he meets his match in more ways than one. This scene shows Turing’s initial dynamics with the rest of his team. It also hints at the challenges to come.