In this modern era of online meetings, the presence of team-building activities remains critical in motivating employees and fostering bonds between colleagues. While there is a slew of virtual meeting game lists online to search through, it is a lot more useful to categorize them according to the types of team building that they foster.

We have gathered a list of ultimate virtual team meeting games. They are divided into five categories: Meeting Kickoff, Communication, Problem-solving, Creative thinking, and Team Bonding.

Aside from being mere virtual counterparts of our favorite real-life team building games, these games take full advantage of the online aspect of remote work. They are also completely free! They can be played with one other player or a bigger group. They can also be tailored for short breaks and entire dedicated afternoons of team building fun.

The virtual meeting has not started. You and your colleagues are staring at the screen, waiting for someone to begin. Why not start with a quick game or icebreaker? This eases everyone present into a chatty mood and colleagues dropping in can easily join in on the fun.

A staple at work functions of the past, Bring Me is simple enough and gets participants engaged as they look around for objects around their remote office. The game master tasks everyone to Bring Me any object, and the first to do so wins a point. Objects called can have an attached talking point if appropriate. This doubles up as an opportunity for Show and Tell as well. It also allows team members to learn more about each other, which can be incredibly difficult in an era of remote work. Rounds can be adjusted for time or number of points needed to win.

Bring Me a trinket you bought from overseas. Ooh, that’s a very nice keychain. How was your trip?

Another game that fosters conversation between colleagues after meetings, Hot Takes have two subjects competing for the most votes. Once votes are tallied up and announced, participants from each side have one minute to sway voters from the other side on why their choice is better. Just be careful not to burn too many bridges!

McDonald’s or KFC? No way! Name me one good chicken dish from McDonald’s? You can’t!

Cats or dogs? People who choose dogs have a dependence issue!

After a grueling team meeting, a quick game that fosters thoughtful communication does wonders for overall teamwork. For this activity, the group is divided into two teams and split up into two breakout rooms.

In this variant of charades, teams are split into breakout rooms on your video conferencing app. Each team is given three prompts to prepare and act out for the other group. Each team is provided some time to figure out what actions they want to perform for the following team. These actions should not be too obvious so as to prevent the opposing team from answering correctly. If they are too abstract, the game master can deem the round mute. For instance, if the prompt is Sports, and no one is acting out anything remotely close to i.t.

Hmmm… why is everyone standing still in various poses? Yoga? No… Oh oh Dave kind of looks like the Statue of Liberty and Sera looks like the Eiffel Tower. Famous landmarks!

Finding solutions to challenges is part and parcel of every workplace. And this can be smoothly incorporated into deceptively difficult team challenges that are surprisingly easy to play online.

Count Up, Seven Up

The game is simple. Everyone in the meeting has to count up to 70. Everyone randomly takes turns to unmute and say the number that is next in ascending order. If more than one person says a number, the count will restart at 1. And to make things more difficult, every time there is a 7 or a multiple of 7, the person has to say up instead.

To add on to problem solving, seeking out creative solutions can be vital in improving how the team operates. Our earlier article included a reverse Pictionary game, here is one more to try out.

Split into two teams, each participant takes turns saying a word that eventually forms a 10-word story. You are not able to call out consecutive words. This can be guided by a prompt from the game master, that will serve as the overarching theme of the round. The winner of the round is decided by the game master, judging which story was more entertaining.

Tales from the Ocean.. Go!

Point goes to Team 2! I too want to touch whales.

While the previous virtual games are good for building teamwork, the forging of relationships in the workspace can be instrumental in boosting camaraderie. This allows team members to be more comfortable in seeking help and support from one another. Here are two simple games that fosters relationship building.

Traditionally played as an icebreaker game, Two Truths One Lie can prove to be more fruitful when a team already knows one another. Participants have to be more creative when concealing the fact about themselves, often digging deep and providing insight that their co-workers may have never thought of. For a refresher, each person states three statements. Two of them being false, one true, and the rest of the group needs to figure out which is which. Another game that teases out similar interactions is Quizbreaker.

Everyone takes turns playing their favorite recent song. Each person can then explain why they enjoy the song. As the saying goes: music is the window to our souls. This game allows everyone to learn a thing or two about their colleagues. Give kudos to anyone who recognizes the song. At the end of the game, compile all the songs into a Spotify playlist which can be shared with the team.

You know the song you played just now? Yea the jazzy one, I really dug it, thanks! 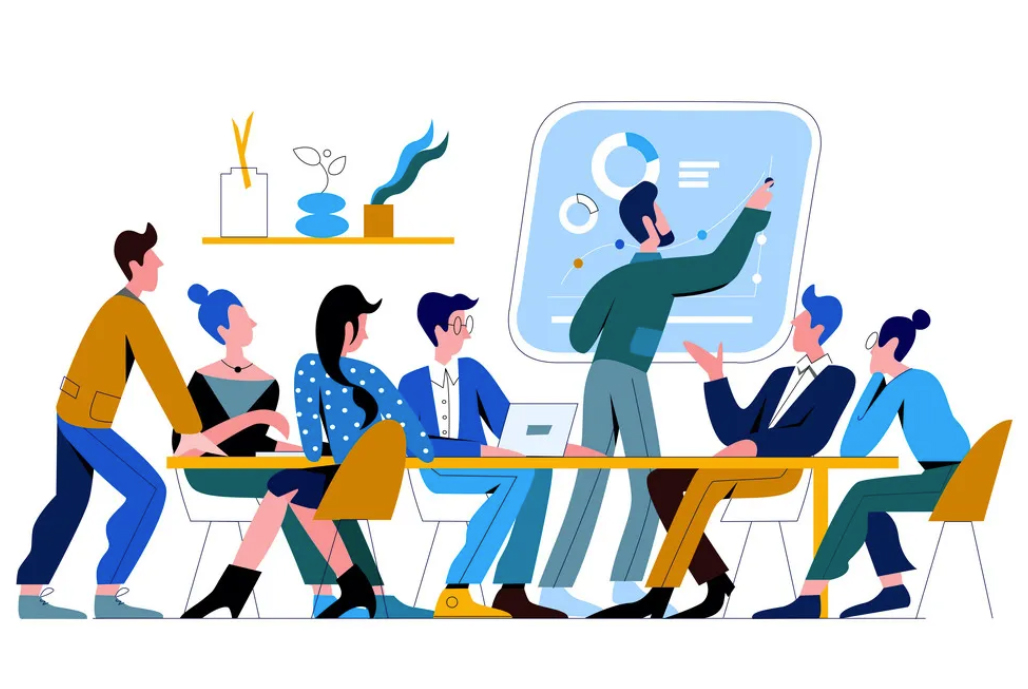